Helping people is how the Elks Riders Roll! 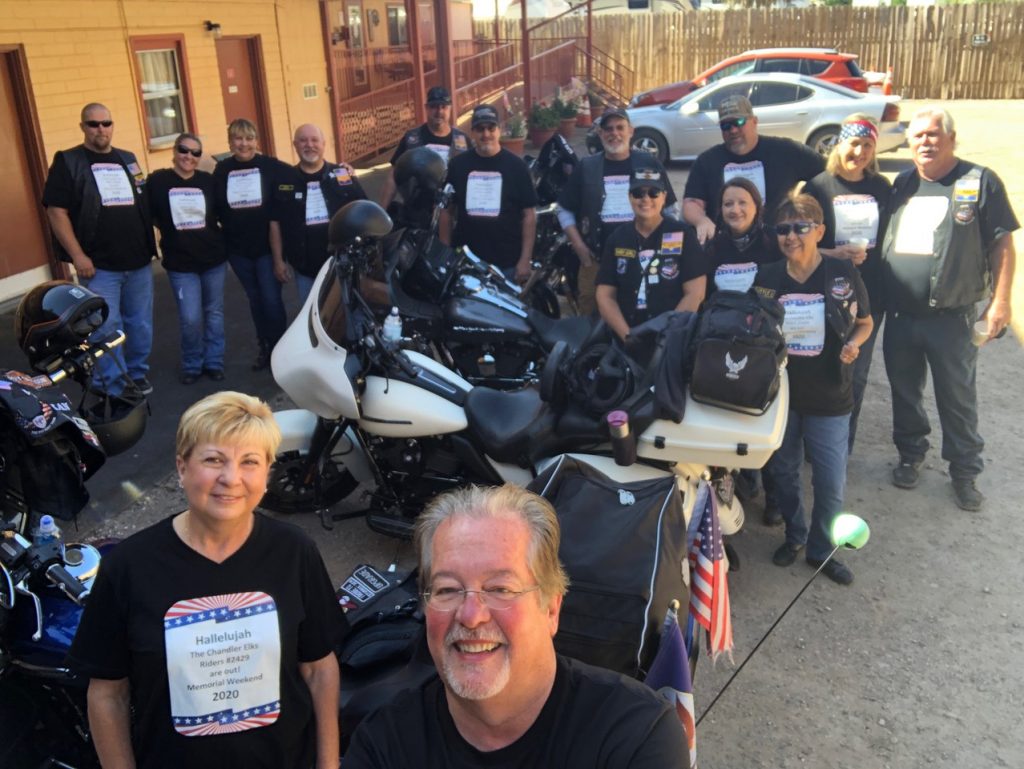 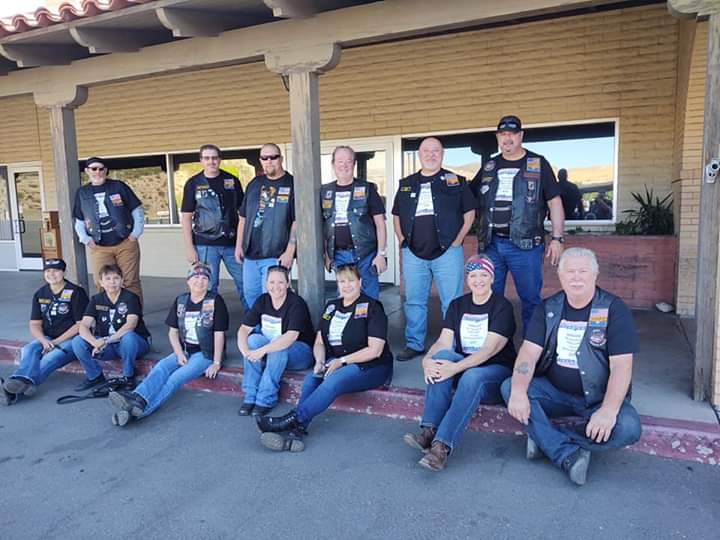 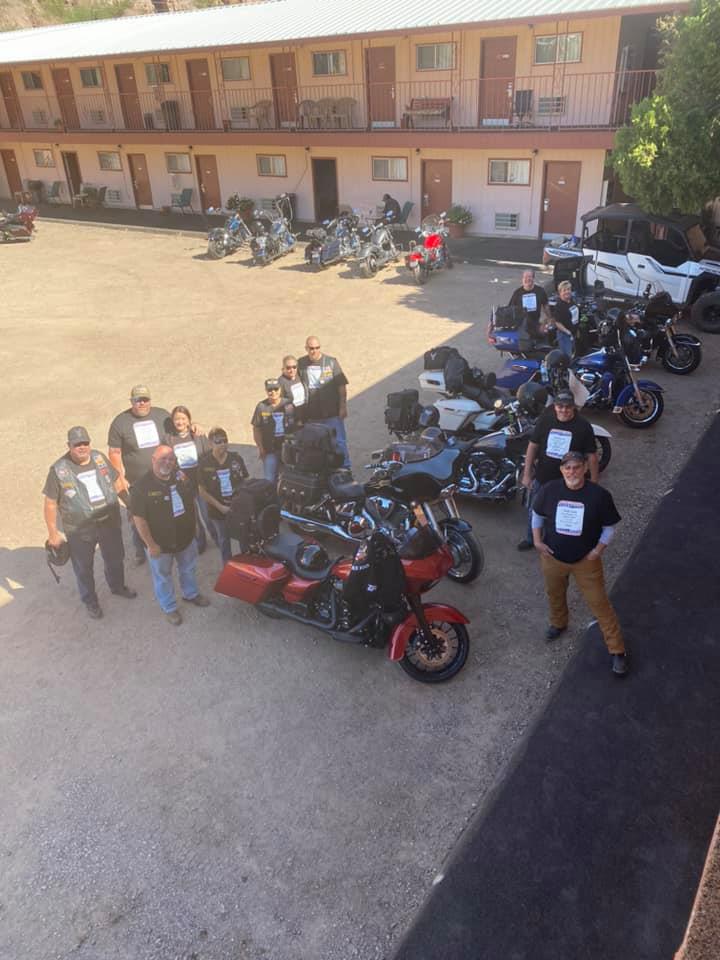 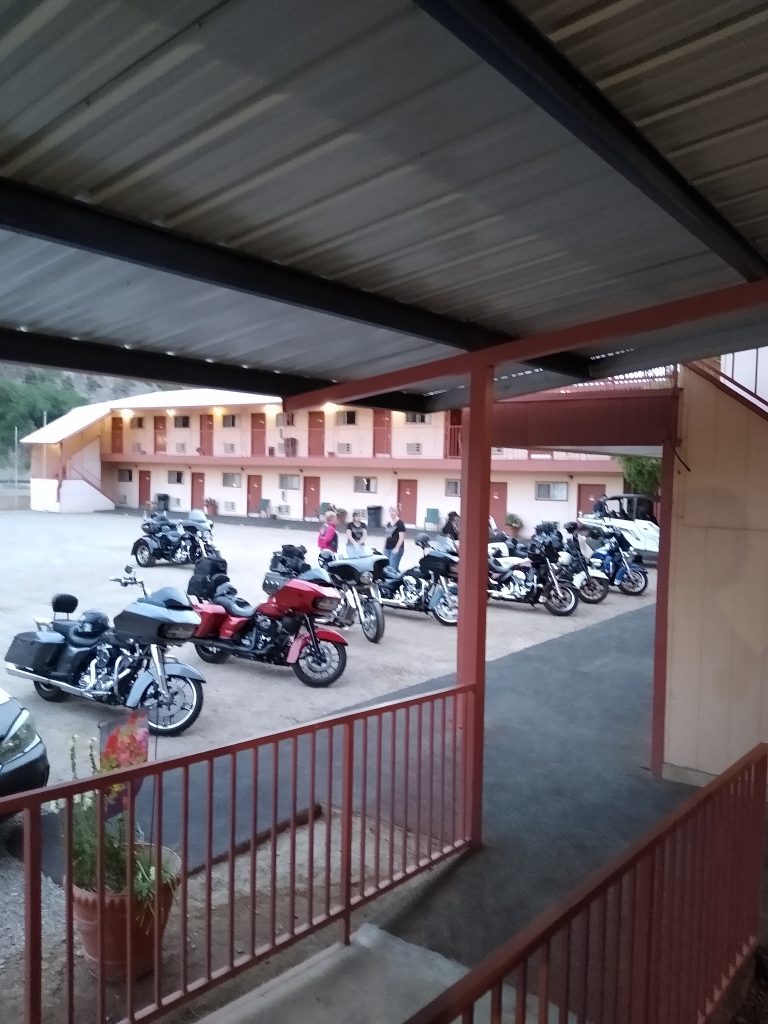 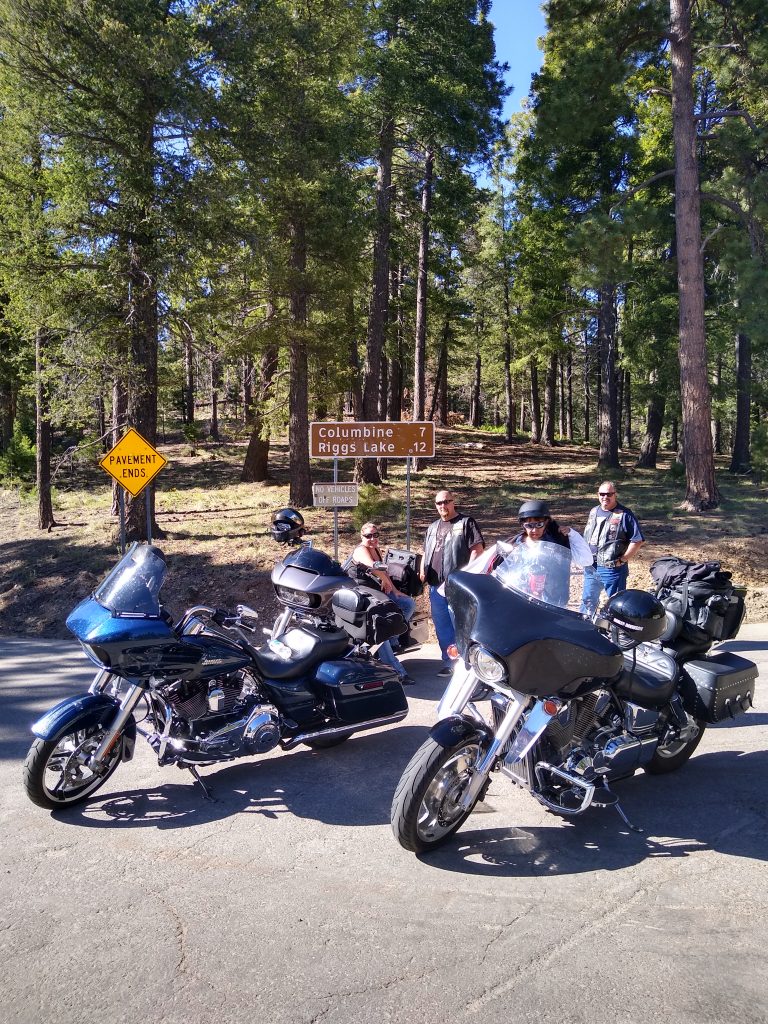 By COLLEEN SPARKS
Managing Editor Santan Sun News
When they roll up to venues around the state with their motorcycles rumbling, wearing their signature black, leather vests, the Chandler Elks Riders have a commanding presence.
But the approximately 56 members of the group, part of Chandler Elks Lodge #2429, have a soft spot for anyone in need, including children, veterans and others who could use a boost financially or emotionally.
The motorcyclists promote the spirit of Elks Lodges everywhere and demonstrate the Elks’ principles of charity, justice, brotherly love and fidelity. Their main goal is to raise money to support their local lodge and state Elks charities.
“We’re asked to do a lot of things,” Bill McAfee, vice president of the Chandler Elks Riders and trustee on the board of Chandler Elks Lodge #2429 said. “We love to ride motorcycles and we love to help our community.”
McAfee is a good friend of Michael Freeman, current president of the Chandler Elks Riders and inner guard officer for the Chandler Elks Lodge #2429; as well as Greg Smith, past exalted ruler for Chandler Elks Lodge #2429 and charter president of the Elks Riders.
They stress they are Elks Lodge members first.
The Riders are one of many different sub-groups or committees in the Chandler lodge that spearhead charitable activities to help people in the community. The lodge has about 600 members.
“We’re an organization of motorcycle enthusiasts that want to give back to the community,” Smith said.
Chandler Elks Riders, formed in 2014, recently sponsored a Poker Run For Nation of Patriots, raising $5,000 for Nation of Patriots, a national nonprofit organization that supports the physical, emotional and economic needs of wounded veterans and their families.
About 70 motorcyclists rode in the Poker Run, some from other organizations.
“It was pretty cool,” Freeman said. “Everybody loves it.”
The cause hits close to home as many of the Chandler Elks Riders are veterans themselves, including McAfee, who served in the United States Marine Corps from 1980 to 1988.
“I feel very good about helping veterans,” McAfee said.
Lodge #2429 also has a veterans club and it delivers dinners to veterans in assisted living homes. Besides giving them food, the lodge also provides them with blankets, toothbrushes, sweatpants, Walmart gift cards and other items around February or March every year. Most of the veterans committee members are also Riders.
Veterans can visit Lodge #2429 for a free steak dinner on Veterans Day each year and a free lunch on Armed Forces Day.
“We’ll sit around and talk to them,” McAfee said. “We get everyone from young veterans to old veterans (on Veterans Day).”
The Elks Riders also provide gifts and groceries to active duty military members and their families in need around Christmas. A few years ago they picked up a military member at the airport, who is a dad, on leave from duty in Somalia, and brought him home to his surprised family.
“There wasn’t a dry eye in the room,” Freeman said. “The kids just love it when we ride up on motorcycles. This year my goal was to really reach out and help different children in need.”
Children are a big focus of the Elks Riders and the Lodge as a whole. They organize many activities to support members of the Boys & Girls Clubs of the East Valley – Chandler Compadres Branch, including taking them on a Christmas shopping spree.
Each child gets $100 to spend and an Elks member accompanies them as they look for items at JCPenney.
The Riders also support the national Elks Hoop Shoot on a local level. Children ages 8 to 13 years old try to make as many baskets at the Boys & Girls Clubs of the East Valley – Chandler Compadres Branch and other venues.
The Elks Riders also ride to Apache Junction, Florence, Casa Grande and Mesa to visit basketball courts where youths are participating in the Hoop Shoot. A national winner receives a college scholarship.
The Chandler Elks Riders have also organized and donated 1,500 teddy bears to the Chandler police and fire departments to give to children at crime scenes and dealing with other crises.
The Chandler lodge recognizes a firefighter and police officer of the year, chosen by the fire and police departments, by providing them with plaques and dinners every year. Members also grade essays youths submit to try to earn college scholarships.
The local Elks members recommend the winners to the Arizona Elks Association and some Chandler kids have won scholarships in the past. A Chandler Elks club member provided volunteers from his company to build cabins for the Arizona Elks Youth Camp about 40 miles northeast of Globe.
In order to help adults and children going through hard times, the Elks Riders have donated turkeys and delivered them to The Society of St. Vincent de Paul for Thanksgiving.
“Some of the people are homeless,” Freeman said. “We just want to put a smile on their face.”
Besides helping people in need around the state, the Chandler Elks Riders and Elks Lodge #2429 as a whole offer chances for men and women to form friendships and have fun.
The lodge has a restaurant and bar, along with a pool table, shuffle board and lots of tables and areas to lounge and mingle. A team trivia night is held Saturday nights, steak dinners are sold Friday nights and on Monday nights members gather at the lodge to cook food for a group dinner.
Wednesday nights, members and visitors can enjoy grilled burgers and fries while Thursdays are taco nights at the lodge.
“We’re our own little family here,” Smith said. “We’re a lodge first. The Riders are just a part of the lodge. We couldn’t live without it and we support them.”
In order to join the Chandler Elks Lodge #2429, one must be at least 18 years old and believe in God, as well as be an American citizen.
“We’re not religious,” McAfee said. “You do have to believe in God and country.”